A Family Affair – When Blood Really is Thicker than Water 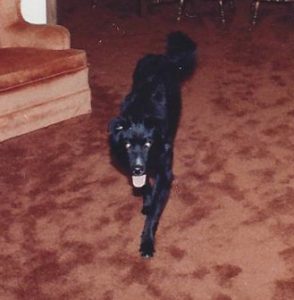 Veterinary Medicine is a profession that can’t be practiced in an isolated environment. Along with hard working and dedicated staff, family members often hear and accept the “Call of Duty” when circumstances necessitate more caring hands at the front, especially in an emergency situation. Talk to those who grew up in a home with a dad or mom as a DVM or VMD and you’ll discover young people who participated in dinner conversations on a daily basis about current patients, dropped their social plans at a moment’s notice to rush to the animal hospital, and pitched in to assist in whatever capacity was needed. In the past, the Breiding, Drenan, and Andrews children performed many tough jobs at Tallmadge Animal Hospital when they were called in to help. This is true for the children of staff as well. Nina Danik’s kids and Angela Garzone’s son have often come through to assist with staffing, facilities issues, client communication, and pet care.

The family member that has been asked to give the most is often the family pet. Ryan Andrews recalls a story that impacted him as a young college student at Ohio State University. While home on Christmas break one year, he was called into service at the clinic when an extra hand was needed. Dixie, a six month old Dalmation puppy, had been spayed the day before. She was presented looking strong and healthy and had been a patient for several weeks prior, getting her well-puppy vaccinations and check-ups. But Dixie just didn’t look typical post-surgery. The color on her gums was pale and she was not bouncing back from the procedure, as young, healthy dogs should. Blood work was done and the detective work that sometimes leads to a diagnosis was in full force. Her blood was not clotting and she had passed green stool. Dixie was in trouble. Talking to the family members, Dr. Andrews asked questions regarding toxicity. “Did Dixie eat anything unusual the days leading up to surgery?” “Could she have gotten into any type of substance that might be harmful?” Initial answers were, “No.” But then a family member searched an area of the garage where rat poison had been stored and in fact, there was evidence that Dixie may have eaten some of the containers. It became clear that her present crisis was caused by rodenticide poisoning.

Lance to the rescue! Lance was one of the Andrews family pets at that time – a shepherd/lab mix that had been found as a puppy at a home with a sign in front that simply stated “Free Puppies.” Sir Lancelot was perfect for this bustling household that had young people in and out at all times. His friendly nature and enthusiasm made him a great match. He was also a willing participant in more than one rescue mission. Lance was taken to the animal hospital where units of his healthy canine blood were drawn and given to Dixie through transfusion. It didn’t take long for the patient to respond to fluid therapy, medication to prevent a secondary infection, and healthy blood that provided platelets that enabled her blood to clot. Dixie fully recovered! A few days later a giant rawhide bone was delivered to the hospital from Dixie’s family with a note that said, “To Lance, From Dixie.” He was her hero. (Ours, too.)